I. Dusk to Dawn
II. How to Defy Gravity
III. To Fly then Fall
IV. Science and Religion

Commissioned by the Australian String Quartet with the generous support of Robert Menz, on behalf of the Menz family, in celebration of the 90th birthday of Pauline Menz

Special thanks to James Ledger, Adele Conlin, Blair Harris, and the Menz family for their valued support of this release.

This is my second string quartet, and also the second commissioned by the Australian String Quartet. The first one, Processions, was written for them in 2011. This particular quartet differs from that (and most others) in that it adds electronic processing to the group.

In String Quartet No. 2, subtitled The Distortion Mirror, each instrument is individually miked up and the sound is sent to a computer and manipulated in some way. The possibilities for the use of live electronic processing are limitless, but one particular process I focussed on was looping. Here, sound can be recorded and instantly played back in a continuous, repeating loop. The recorded loop can then be pitch-stretched, time-stretched, reversed and so on. The length of the loop can also vary considerably – from a fraction of a second to several minutes.

The live quartet is accompanied by a heavily modified version of itself – as if looking into some kind of sonically distorting mirror. These types of mirrors are often found in side-shows at carnivals and fairs. They are curved in a particular way to make the viewer appear fat, thin, tall, short, wriggly, fish-eyed…you get the idea.

There are four movements in this work and each movement is in two sections.  They all attempt to explore opposites or a duality.

I. Dusk to Dawn

There is a sense of unease as the creatures come out at dusk. This is followed by a sense of assurance and calm as dawn arrives.

II. How to Defy Gravity

I imagined what it would be like to fall upwards and then look back down at the Earth. Here, the music accelerates inexorably upwards until a moment of prayer-like reverence is reached.

III. To Fly then Fall

This essentially is the opposite of the previous movement. After a joyful opening, the quartet suddenly and clumsily fall back to Earth.

The first section utilises a lot of extended techniques – bow scrapes, tapping, bends etc – I imagined a scientist examining atoms under a microscope. The second half is a pulsing lament that becomes very intense and anguished.

The Distortion Mirror was commissioned by Robert Menz, on behalf of the Menz family, for the Australian String Quartet in celebration of the 90th birthday of Pauline Menz.

He has won APRA Art Music Awards for his violin concerto Golden Years (2014) and the orchestral work Chronicles (2010). In 2012, he collaborated with songwriter Paul Kelly on Conversations with Ghosts. The resultant album won an ARIA award. 2019 saw the premiere of Thirteen Ways to Look at Birds – a new song-cycle by Ledger and Kelly. After premiering at the Adelaide Festival, Birds went onto Mona Foma (Launceston) and Perth Festivals as well as Sydney and Melbourne. The album won Ledger and Kelly their second ARIA award.

Ledger currently lectures in composition at the Conservatorium of Music, University of Western Australia. 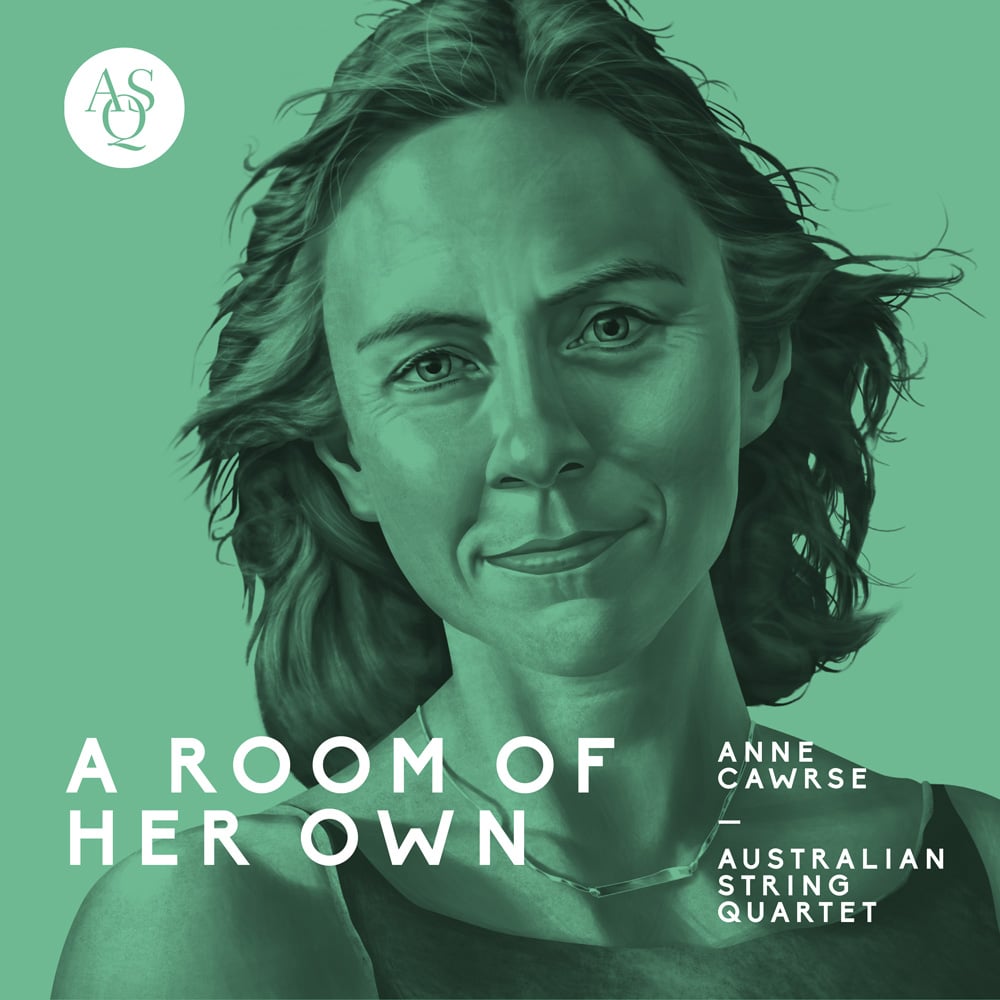